Educational Theatre Association, Disney Theatrical Group, and Music Theatre International announce The United States of Frozen: Love Is an Open Door, a groundbreaking new theatre competition for high schools across the country. Through an online application process, one high school in every U.S. state and territory will win exclusive rights to present Disney’s Frozen: The Broadway Musical in their state, resulting in 50+ high school productions of the beloved stage musical across the country in the coming school year.

This sweeping contest seeks to promote inclusion and outreach in high school theatre programs through the theme “Love Is an Open Door.” Applicants will be asked to demonstrate how they will use their production of Frozen to strengthen their school community, provide outreach to underserved groups, and support inclusive and diverse theatre programs.

EdTA will select one winning school in every U.S. state and territory to receive a prize package including the rights to produce up to 3 performances of Frozen; a free digital script, score, and orchestrations; a free video license, and more.

Applications are open now until August 1, 2022, and winning schools will present their productions of Frozen between September 2022 and January 2024.

Allison Dolan, Chief Content Officer of EdTA said, “EdTA is thrilled to partner with Disney and MTI on this far-reaching opportunity for 50+ versions of Frozen to be produced in the coming school year in high schools. We’re eager to see the unique approach we’re sure many schools will bring to life in this story of love and acceptance.”

“After mounting first-class productions of Frozen on Broadway, in the West End, on tour throughout North America, and in Japan, Germany and Australia, I am thrilled that the wonderful story of Frozen will soon be told on high school stages throughout the U.S.,” said David R. Scott, Director of Theatrical Licensing, Disney Theatrical Group. “The show’s message of love and acceptance will be celebrated through the diverse array of talented students bringing the beloved characters of Arendelle to life while supporting their peers and the local community.”

John Prignano, MTI’s Chief Operating Officer & Director of Education and Development remarked, “We are thrilled to collaborate with our friends and partners at EdTA and Disney Theatrical Group. This initiative brings one of Disney’s most beloved shows to schools across the country, and we cannot wait to see the magic unfold on their stages. We look forward to being inspired by their schools’ talents and creativity.”

The 50+ winning productions will mark the first-ever school productions of Frozen anywhere in the world.

Based on the hit 2013 animated feature film, Disney’s stage adaptation of Frozen opened on Broadway in March 2018. The film’s co-director and screenwriter Jennifer Lee wrote the musical’s book, and songwriting team Kristen Anderson-Lopez and Robert Lopez penned brand-new music for the stage. The Broadway production of Frozen is currently on tour in North America. In 2019, Disney released Frozen JR. (a 60-minute adaptation for middle school-aged performers) and Frozen KIDS (a 30-minute adaptation for elementary school-aged performers), which continue to thrill and delight students in grades K-9 around the world. The full-length version of Frozen is not available for wider licensing at this time, making The United States of Frozen a truly momentous celebration of this timeless story.

The United States of Frozen is open to any high school in the U.S., including U.S. territories, and all eligible schools are encouraged to apply.

Disney Theatrical Group (DTG) operates under the direction of Thomas Schumacher and is among the world’s most successful commercial theater producers, bringing live entertainment events to a global annual audience of more than 20 million people in more than 50 countries. Under the Disney Theatrical Productions (DTP) banner, the group produces and licenses Broadway musicals around the world, including Beauty and the Beast; The Lion King; Elton John & Tim Rice’s Aida; TARZAN®; Mary Poppins, a co-production with Cameron Mackintosh; The Little Mermaid; Peter and the Starcatcher; Newsies; Aladdin; and Frozen. Other successful stage musical ventures have included the Olivier-nominated London hit Shakespeare in Love, stage productions of Disney’s High School Musical, Der Glöckner Von Notre Dame in Berlin, and King David in concert. DTP has collaborated with the nation’s preeminent theaters to develop new stage titles, including The Jungle Book, The Hunchback of Notre Dame, Freaky Friday, and Hercules. In addition, DTG licenses musical titles for local, school, and community theater productions through Music Theatre International.

Music Theatre International (MTI) is one of the world’s leading theatrical licensing agencies, granting theatres from around the world the right to perform the greatest selection of musicals from Broadway and beyond. Founded in 1952 by composer Frank Loesser and orchestrator Don Walker, MTI is a driving force in advancing musical theatre as a vibrant and engaging art form.

MTI works directly with the composers, lyricists, and book writers of these musicals to provide official scripts, musical materials, and dynamic theatrical resources to over 100,000 professional, community and school theatres in the US and in over 150 countries worldwide.

MTI is particularly dedicated to educational theatre and has created special collections to meet the needs of various types of performers and audiences. MTI’s Broadway Junior® shows are 30- and 60-minute musicals for performance by elementary- and middle school-aged performers, while MTI’s School Editions are musicals annotated for performance by high school students. 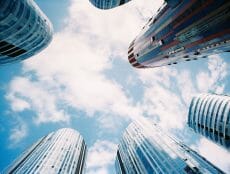 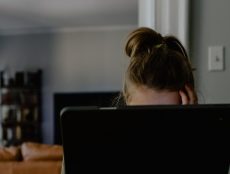 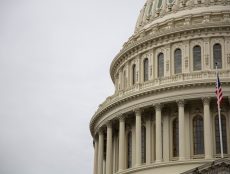