Bard College announces a scholarship program to support 60 Ukrainian students who are displaced, under threat, or unable to continue their education due to the Russian regime’s ongoing 2022 invasion of Ukraine. The program is aimed at individuals impacted by the war and is designed particularly to allow students to begin or continue their undergraduate education.

Students will be admitted to Bard College’s main campus in Annandale-on-Hudson, New York, and its affiliates in New York City, Bard College Berlin, or Bard College at Simon’s Rock in Great Barrington, Massachusetts.

These scholarships are open to university students from Ukraine whose institutions have been forced to close or are operating under challenging circumstances, and those who were unable to begin their higher education due to the 2022 invasion of Ukraine.

Students from operational Ukrainian higher education institutions will be hosted in cooperation with their home institution, both to ensure that students can continue working towards their degrees and to maintain the stability of those Ukrainian institutions that are currently under duress. Applications will be welcome from students participating in the Central European University/Open Society University Network Invisible University for Ukraine.

Select applicants will be considered for the spring 2023 semester, however, the principal start of the Bard Emergency Ukrainian Student Refuge Program will be the fall 2023 semester.

The primary language of instruction is English, and all students must be sufficiently proficient to study in English. A commonly accepted language assessment score (TOEFL, IELTS, Duolingo) is required. Students will take courses from the regular curriculums of each Bard institution, although through the Open Society University Network select courses are offered in other languages.

The terms of the scholarship will vary, but each will cover a minimum of full tuition. Housing and living stipends will be available on a case-by-case basis according to to need. Scholarships will be for a minimum of one year, with the possibility of renewal.

About Bard Founded in 1860, Bard College is a four-year, residential college of the liberal arts and sciences located 90 miles north of New York City. With the addition of the Montgomery Place estate, Bard’s campus consists of nearly 1,000 parklike acres in the Hudson River Valley. It offers the bachelor of arts, bachelor of science, and bachelor of music degrees, with majors in more than 40 academic programs; graduate degrees in 13 programs; eight early colleges; and numerous dual-degree programs nationally and internationally.

Building on its 162-year history as a competitive and innovative undergraduate institution, Bard College has expanded its mission as a private institution acting in the public interest across the country and around the world to meet broader student needs and increase access to liberal arts education. The undergraduate program at our main campus in upstate New York has a reputation for scholarly excellence, a focus on the arts, and civic engagement. Bard is committed to enriching culture, public life, and democratic discourse by training tomorrow’s thought leaders. 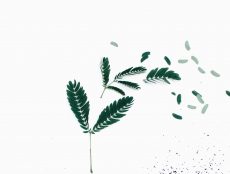 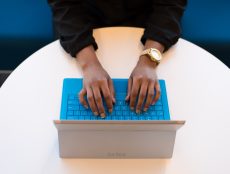 Technology in Education – Why Is It Important?