Detroit has long been home to one of the richest music scenes in the United States. From Jazz to electronic music, the city has turned out some of the nation’s most well-known musicians, DJs, and music producers. Unfortunately, it is also a city that has long suffered from urban decay, high unemployment, and low high school performance and retention rates. As part of an innovative program, the renowned Berklee College of Music, University of Michigan, and Coursera are now teaming up to help the Detroit-based Making It Happen Foundation help more youth prepare for careers in Detroit’s legendary music industry.

The Making It Happen Foundation

The Making It Happen Foundation (MIHF) was founded eighteen years ago in Detroit. The foundation’s mission is to “improve and sustain innovative, youth-centered technology and music programs within urban school districts and community based organizations.” Specifically, by offering courses in music production, song writing, sound engineering, and digital media, the foundation seeks to give high school students the skills needed to start exploring future careers in the music industry. For example, in the foundation’s sound engineering course, secondary-level students learn to edit and mix digital music, learn to use industry-standard plug-ins to polish tracks, and master the finished product.

Although the Making it Happen Foundation has a mandate to bring students together in person–for example, to work in studios on production projects–in an effort to reach as many students a possible, the foundation has now adopted a blended approach to learning. They have chosen Coursera as their online provider.

The Berklee College of Music, University of Michigan, and Coursera Collaboration

On October 18, Coursera posted an article about their collaboration with The Making It Happen Foundation on their own site. Working with two postsecondary-level partners, Michigan State University and the Berklee College of Music, Coursera is helping the Making It Happen Foundation give even more Detroit students access to music and art courses. Students will also have access to other selected courses on the Coursera platform.

Chetrice Gillon, President of the Making it Happen Foundation, says, “The Coursera online platform has been the fuel that ignites and lights an additional pathway to higher education for Detroit youth and young adults. I believe our collaborative effort has the potential to inspire sustainable community-based change at a global level with endless possibilities.”

Gerald Read, the Director of Academic Entrepreneurship at Michigan State University, is also excited about the collaboration:  “In partnership with Coursera and MIHF, we are building a series of online and localized learning experiences that introduce Detroit youth to the business of the creative industry and will feature programming in music, video and media production.”

Despite ongoing efforts to improve test scores, attendance, retention, and graduation rates in Detroit schools, the system continues to report some of the lowest results in the nation. In fact, in April 2018, Detroit schools reported the lowest results on the National Assessment of Educational Progress. An article in the Detroit Free Press draws attention to just some of the results of the 2018 National Assessment of Educational Progress. In 2018, at the fourth-grade level, a mere 4% of students were at or above proficient in math while 36% statewide scored at or above proficient. The results in reading were also lower than average, with only 5% of Detroit’s fourth-graders achieving an at or above proficient score, compared to 32% statewide. Among eighth graders, 5% of Detroit students scored at or above proficient in math, compared with over 30% statewide. In addition, just  7% met proficiency levels in reading while the statewide average was 34%.

While music education may not appear to be a direct remedy for lower-than-average levels of proficiency in math and reading, as emphasized in Coursera’s article on their innovative partnership with the Making It Happen Foundation, “Students who participate in the arts are more likely to be proficient in reading, writing, math, and develop skills that equate to more than just expressing creativity.” 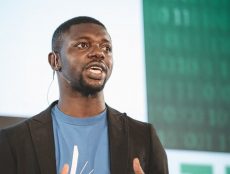 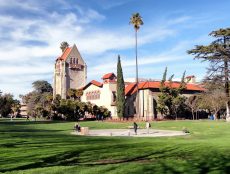 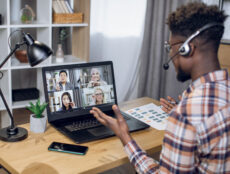 Building a business? Why a Proxy is Your Best Tool