Twenty years ago, the Budapest Open Access Initiative (BOAI) convened a diverse group of stakeholders and launched a worldwide campaign for open access (OA) to all new peer-reviewed research. The BOAI deliberately drew together existing projects to explore how they might “work together to achieve broader, deeper, and faster success.”

It resulted in a groundbreaking initiative that has been widely embraced by stakeholders, and that has stimulated significant progress toward the global understanding and adoption of a new way of sharing knowledge. The BOAI was the first to define the term “open access,” and its definition has since become canonical, frequently cited in the context of open access policies, practices, and laws around the world.

The BOAI’s recognition of complementary strategies for implementing OA has been adopted extensively across disciplines and in numerous countries.

”By ‘open access’ to this [research] literature, we mean its free availability on the public internet, permitting any users to read, download, copy, distribute, print, search, or link to the full texts of these articles, crawl them for indexing, pass them as data to software, or use them for any other lawful purpose, without financial, legal, or technical barriers other than those inseparable from gaining access to the internet itself. The only constraint on reproduction and distribution and the only role for copyright in this domain should be to give authors control over the integrity of their work and the right to be properly acknowledged and cited.”

To mark its 20th anniversary, a global community consultation was conducted, and a new set of recommendations are being released that take stock of progress toward open access and examine the main obstacles to its widespread adoption.

Four key recommendations are highlighted – all of which are designed to ensure that existing inequities in systems of sharing knowledge are dismantled, and that new structures are deliberately designed in ways that promote inclusiveness in creating, contributing to, accessing, and benefiting from knowledge:

4. When we spend money to publish OA research, remember the goals to which OA is the means. Favor models which benefit all regions of the world, which are controlled by academic-led and nonprofit organizations, which avoid concentrating new OA literature in commercially dominant journals, and which avoid entrenching models in conflict with these goals. Move away from read-and-publish agreements.

A set of reflections written by noted thought leaders in the open access community will also be released.

A small working group of volunteers convened to synthesize the community feedback and reflect on the values, goals, and continued efforts of the open access movement. Members of the BOAI20 Steering Group are listed alphabetically below:

An open webcast featuring discussions with the BOAI Steering Committee is planned for Thursday, 31 March at 12:00 Eastern. Updates can be found on the organization’s twitter.

“I’m honored to take part in the new BOAI recommendations,” said Peter Suber, Senior Advisor on Open Access at Harvard Library. “The steering committee was overflowing with ideas and could have agreed on dozens of recommendations. But we reached quick agreement to focus on just four. These four reflect changes that have taken place since the BOAI launched 20 years ago. They look beyond some current strategies for achieving OA to strategies more aligned with long-term goals to which OA is a means, in particular, the equity, quality, usability, and sustainability of research.” 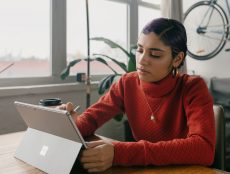 What Elearning Professionals Need To Know About Information Architecture (IA)