The UN has dedicated July 15 as World Youth Skills Day and, to observe it, MobileMakersEdu decided to highlight the work of one of their own exceptional youth partners. Jack Falejczyk recently graduated from Elk Grove Village High School in Illinois. This year, he and a teammate placed third in a national coding competition. That wouldn’t be so remarkable if it weren’t for the fact that Falejczyk was born blind.

Computer programming is and will continue to be one of the greatest skills and assets of young professionals currently entering the work force. Learning to be an effective programmer is difficult on its own. But due to the inherently visual nature of programming languages, it’s even harder for members of the visually impaired community to become coders.

That does not mean, however, that it’s impossible. Falejczyk got help along the way from MobileMakersEdu, a program created by the non-profit Uncharted Learning, which focuses on mobile app development for iOS using Swift.

“I was able to code without seeing the screen by using Apple’s VoiceOver which reads the content of the Mac out loud to me,” Falejczyk said in a release. “I used headphones which sit near my ear, not in my ear, allowing me to hear the audio on the screen, my teammates and my teacher simultaneously.”

It’s not just Falejczyk and MobileMakersEdu that are proving that visually impaired people can code.

This spring, Apple announced that it would be bringing their Everyone Can Code initiative to schools that teach learners with visual and hearing impairments.

“Apple’s mission is to make products as accessible as possible,” said Tim Cook, Apple’s CEO. “We created Everyone Can Code because we believe all students deserve an opportunity to learn the language of technology. We hope to bring Everyone Can Code to even more schools around the world serving students with disabilities.”

The Everyone Can Code initiative has been designed to be as accessible as possible. Additional tools and resources, such as tactile maps, have been added to help learners with sensory impairments.

About a dozen schools will begin implementing the Everyone Can Code with expanded accessibility options this fall.

To fully sighted learners, it seems daunting to learn to code. But according to Florian Beijers, a Dutch computer science student, it’s much simpler than one might think. Writing in a Medium post, he describes how many marvel at the fact that he can even use computers.

“Well let me debunk this myth right here and now. I am currently typing this on a normal Dell Inspiron 15r SE notebook, which can be bought in any laptop store that sells (somewhat less recent) laptops. The machine runs windows 8 (not my personal choice, but UEFI is too much of a pain to downgrade). All I did to adapt it was install an open-source screen reader called NVDA.”

“A screen reader basically, at its most basic level — wait for it — reads the screen. It tells you the textual content of the screen with a synthesized text-to-speech Siri-like voice. Screen readers also allow for the use of a braille display, a device that consists of a line of refreshable braille cells that can form letters according to what content is highlighted on the screen.”

This is really all the adaptation a blind computer user needs. Using this program, I can do many things you probably wouldn’t imagine being able to do with your eyes closed, such as:

The reason I’m naming all these mainstream technologies is to show you that I can use them just like people who aren’t ocularly challenged. 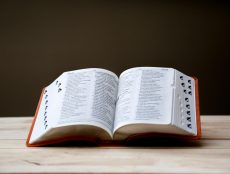 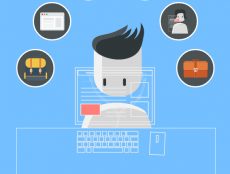 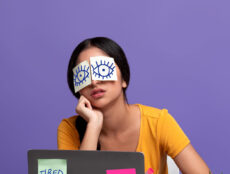