Osmosis, a platform offering a library of short educational videos for medical students, professionals, and patients,  has raised $4 million in Series A from a group led by Felicis Ventures.

Launched in 2013 in Baltimore by Shiv Gaglani and Ryan Haynes (two Johns Hopkins med school students), Osmosis has a real Khan Academy feel to it. That might be because Rishi Desai, Khan Academy’s former head of medicine, joined them in 2015. Besides their library of videos, the platform includes adaptive, personalized learning features, study tools, bundled learning supplements, and gamified elements as well.

The Osmosis YouTube channel recently passed the 1 million subscriber mark and they currently count over 500,000 registered users. To get an idea of scale, a total of 80,000 to 90,000 students are enrolled in US medical schools in any given year, according to data from the Association of American Medical Colleges (AAMC).

Osmosis videos, however, are used by learners and medical professionals around the world. In their news release announcing the funding, Osmosis claims that “35 million more healthcare professionals will need to be trained by 2030,” to accommodate the world’s aging population.

“By reimagining medical education, Osmosis is addressing a critical impending global crisis: the need to develop and retrain tens of millions of healthcare professionals over the next decade to meet growing demand. With Khan Academy DNA and a deep-rooted empathy for this field, we believe this team is building the next iconic company at the intersection of health and education,” said Aydin Senkut, founder and managing partner at Felicis Ventures, in a statement.

Besides Felicis (the same firm that invested in companies like Shopify, Fitbit, and PluralSight (another edtech startup)) other VCs joining the round include Greycroft, FundRx, SEI Ventures, LearnStart, Coverys, Social Starts, and Figure 8.

Osmosis had previously accepted $2.5 million in seed funding from a round led by Greycroft, according to Crunchbase. That round also included FundRx, and took place just a few months ago, in December, 2018.

The company plans to use the funding to continue to increase its library of videos, which already includes over 1,300 learning modules. In addition, they hope to increase institution partnerships.

According to the company, they already partner with “dozens” of institutions around the world, and they hope to bring that figure into the hundreds. Osmosis has already registered entire classes in medical schools in the US, UK, Canada, and Australia.

With income from YouTube traffic, and a range of individual, enterprise, and institution subscriptions, the company has numerous revenue streams.

Osmosis has also managed to gain a differentiated user base. Besides current and future medical professionals, the company also sees a good deal of traffic from patients and their family members as well.

“We are thrilled to have the support of incredible investors like Aydin [Senkut of Felicis Ventures] and Alan [Patricof, founder and managing director of Greycroft] as we build the most efficient and scalable learning platform for current and future health professionals,” said co-founder and CEO, Shiv Gaglani, in a statement. “It’s particularly meaningful that this investment came as we crossed our first million subscribers on YouTube and are preparing to launch the Osmosis nursing and physician assistant offerings. We’ll be able to use the funds to increase our reach within our core health professional student markets as well as expand into related allied health fields.” 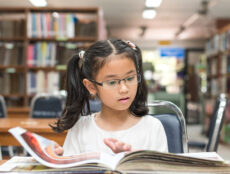 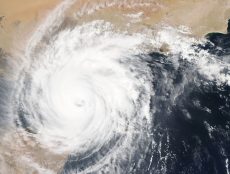 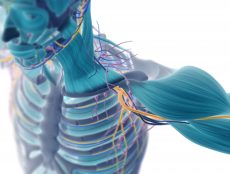 In Med School, VR Has the Potential to Bridge the Gap Between Theory and Practice 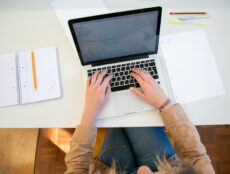