To make it into a top college or university today, learners need to demonstrate excellence both in and out of the classroom. To get a sense of the latter, college admissions workers frequently take to social media to see what they can glean about the personalities of their applicants. For applicants, this can be a source of concern, especially for those under 21 who might choose to imbibe. A recent survey by Kaplan Test Prep, however, finds that fewer and fewer college admissions workers are weighing social media profiles. The reason? They can’t find them.

Kaplan Test Prep surveyors spoke with 364 admissions workers over the phone to reach that conclusion. Over half (52%) report that high school seniors have grown more adept at hiding their presence online.

The test preparation division of Kaplan Inc. cites another 2018 study conducted by research firm Piper Jaffray to provide another reason: more teens have moved to platforms where their activity is more easily concealed. The study found that 85% of teens had used Instagram in the past month while 84% had used Snapchat. Both offer increased privacy along with the ability to put up impermanent posts that will disappear after a given amount of time. Meanwhile, just 36% of respondents had used Facebook in the past month and only 5% ranked the platform as their favorite.

As a result, the percentage of admissions workers visiting social media has dropped for the third year in a row. Just 25% now do so, which is down from the high of 40% recorded in 2015.

Meanwhile, more admissions offices are discounting social media as a reliable judge of character. A majority (57%) still say that social media platforms like Twitter, Facebook, and Instagram are still ‘fair game,’ but that marks a drop from 68% who said so in 2017. This presents an interesting discrepancy among applicants themselves. A separate Kaplan survey found that 70% of students believe it’s ok for admissions workers to check their profiles.

As one admissions officers remarked to surveyors, “Unless it’s a matter of checking on something that might be a hate crime or endangering other people, then it becomes a safety issue, but otherwise it’s a privacy issue.”

As Kaplan Test Prep Executive Director of Research Yariv Alpher put it in a statement, “We’re seeing the result of combining trends here. On the one hand, students are savvier. They are more careful with what they post and are increasingly using more private social networks. In some cases they also create fake accounts that they only share with friends, but which are not easily attributed to them. On the other hand, admissions officers are increasingly conscious of the need to maintain students’ privacy, and are more inclined to use social media in a more targeted way. Regardless, social media remains an admissions factor for a significant number of colleges, so students should be mindful of what they share.”

“Even as technology has allowed college admissions officers to discover more information about their prospective students, it seems they are sticking with the traditional elements of the application to help them make enrollment decisions, like standardized test scores, GPA, letters of recommendation, and personal statements. These factors overwhelmingly decide applicants’ paths. Social media remains a wildcard, though from our research, a somewhat diminishing one. We’ll be tracking to see if this trend continues or reverses.”

The takeaway for students: if you apply to a minimum of four schools, chances are that at least one office that processes your application will try to creep you. On the one hand, it’s easy to hide on platforms like Instagram and Snapchat. On the other, a well-curated more public profile on sites like Facebook or even LinkedIn might do you a favor down the line. 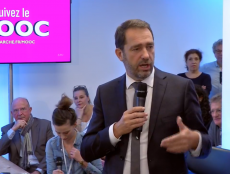 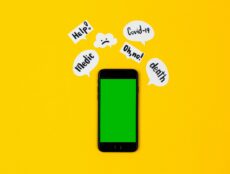 To Foster Creative Problem Solving, Adobe Spark Has Been Made Available to Schools for Free