Mathphobia has become commonplace in American culture. Many adults openly discuss their loathing for math, struggle to figure out the tip after a meal at a restaurant, or shun careers that involve “too much math.” According to the National Center for Education Statistics, the math scores of American high school students have not changed for the better, in over a decade. Education leaders are rightfully concerned about the plateauing trend and are looking into the possible causes.

U.S. News contributor Elie Venezky believes the problem is based mainly on the way students are taught in traditional schools.   “Too much of our instruction is based on getting as much information into kids’ heads as quickly as possible, because standards must be met and tests must be taken,” she writes.

The U.S. Displays Poor Math Performance. Singapore Math Could Be the Solution.

Unfortunately, this method does not lead to deep understanding and many students falter at applying what they’ve learned in different circumstances. The United States is ranked 37th on the PISA (Program for International Student Assessment ) among 71 countries, which, for a developing nation, is towards the bottom. The culprit may be that the way students of the United States learn to do math is simply not effective. Rote learning and studying geared towards passing tests has not been a winning formula, yet it is duplicated every year.

Kids learning math often suffer when they are introduced to new information and only given a short time to assimilate it before moving on to yet more information. Taking the time to focus on a concept and progress towards mastery allows children to learn at their own speed and gain the confidence they need.

The nations that seem to always be ahead in the PISA race are Canada, China and other Asian countries, especially Singapore, where 93% of students showed proficiency in math. This extensive lead has not gone unnoticed by the rest of the world and many institutions now use Singapore math as part of their curriculum. Singapore math is a system for teaching mathematics that was developed by Singapore’s Ministry of Education to be used in public schools. This approach is starkly different from the Western approach to mathematics in that it goes at a much slower pace. The importance is placed on mastery, not on the amount of information that can be covered.

How It Differs from Western Models

Students are introduced to mathematical concepts in three ways: concrete, pictorial and abstract (CPA). Some feel that American students struggle because the information tends to jump from concrete to abstract without giving the learner time to fully grasp the ideas through pictures. The pictorial phase acts as a bridge, preparing the mind to think in more abstract ways. Mastery is easier to achieve because it occurs at each level, with the student building on previous skills, rather than digesting small parts and then circling back to those subjects later. This enables the student to build problem recognition and application skills that will increase their capacity for using their math knowledge in real life.

Singapore math teaches strategies that help students visualize and conceptualize the problems that lead to greater proficiency in mental math. The ability to think about numbers in your head without the use of outside tools is an important skill to have. What has been lacking for many Western students is a method that enhances their aptitude for creative problem solving. The earlier example of adults not being able to figure out the tip at a restaurant or calculate change at a register is all because of a hindrance in mental math. The sequencing and pacing of Singapore Math allows students to take time to fully grasp each concept. The student learns how to approach a problem and how to reason in order to repeat the process in real world scenarios. Imagine if students began to feel comfortable and confident in their ability to do math in their heads. This skill would skyrocket not just their test scores but their competence in the real world, which in the end, is what every educator truly wants.

The PISA occurs every three years, with new data to be released in 2022. American schools, both public and private, have begun to implement Singapore math strategies along with homeschoolers who chose the pedagogy over traditional kindergarten math curriculum. This shift could possibly pave the way for a math renaissance in the United States. Thankfully Singapore math is easily accessible and affordable. Parents can access Singapore math resources via a range of options. They can enroll their students into small group online classes with highly experienced teachers through services like Monster Education. Starting Singapore math earlier is the optimal step to build the necessary foundation, but it’s never too late to learn winning strategies. 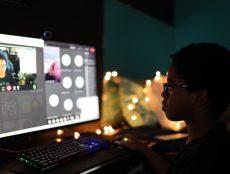 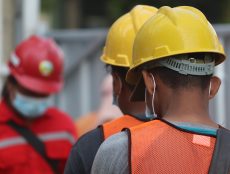 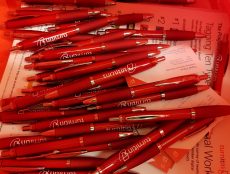