The American Bar Association filed an amicus brief today with the U.S.  Supreme Court, asking them to adhere to its prior decisions allowing consideration of race as a factor in the higher education admissions process.

The closely watched cases involve Harvard University and the University of North Carolina. In both, the issue is whether the two schools can employ admissions policies that consider race as one of several factors consistent with the court’s past decisions, including its 2003 ruling in Grutter v. Bollinger.

A Diverse Generation of Legal Professionals

The ABA brief said the association has “a profound interest” in the use of such policies by educational institutions because they are a training ground for students who will eventually enter the legal profession.

It also stressed that a diverse bench and bar are critical to minimizing implicit bias among lawyers and “inspiring greater public faith in the rule of law because they help signal to a diverse citizenry that their perspectives and interests are being taken into account.”

“Eliminating race-conscious admissions policies would inflict great harm on the legal profession and the nation,” the ABA brief said. “Such policies play a vital role toward eliminating the taint of racism from our justice system and from other areas where lawyers perform vital functions.

These admissions policies also ensure a more racially diverse legal profession and judiciary, which are essential to the legitimacy of our legal system and to the legal profession’s ability to better serve the needs of our diverse society.”

The brief noted that the Supreme Court has “long recognized that a principal benefit of admissions policies that consider race as one factor … is the creation of diverse student bodies” that help break down racial biases and stereotypes.

Overturning Grutter, it added, “would deprive the legal system of this important tool … and put at risk the benefits of diversity resulting from admissions policies that consider race as one of many factors.”

The ABA is the largest voluntary association of lawyers in the world. As the national voice of the legal profession, the ABA works to improve the administration of justice, promotes programs that assist lawyers and judges in their work, accredits law schools, provides continuing legal education, and works to build public understanding around the world of the importance of the rule of law. 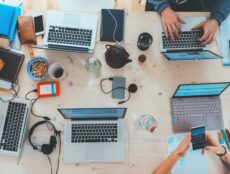 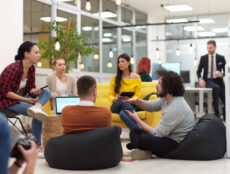