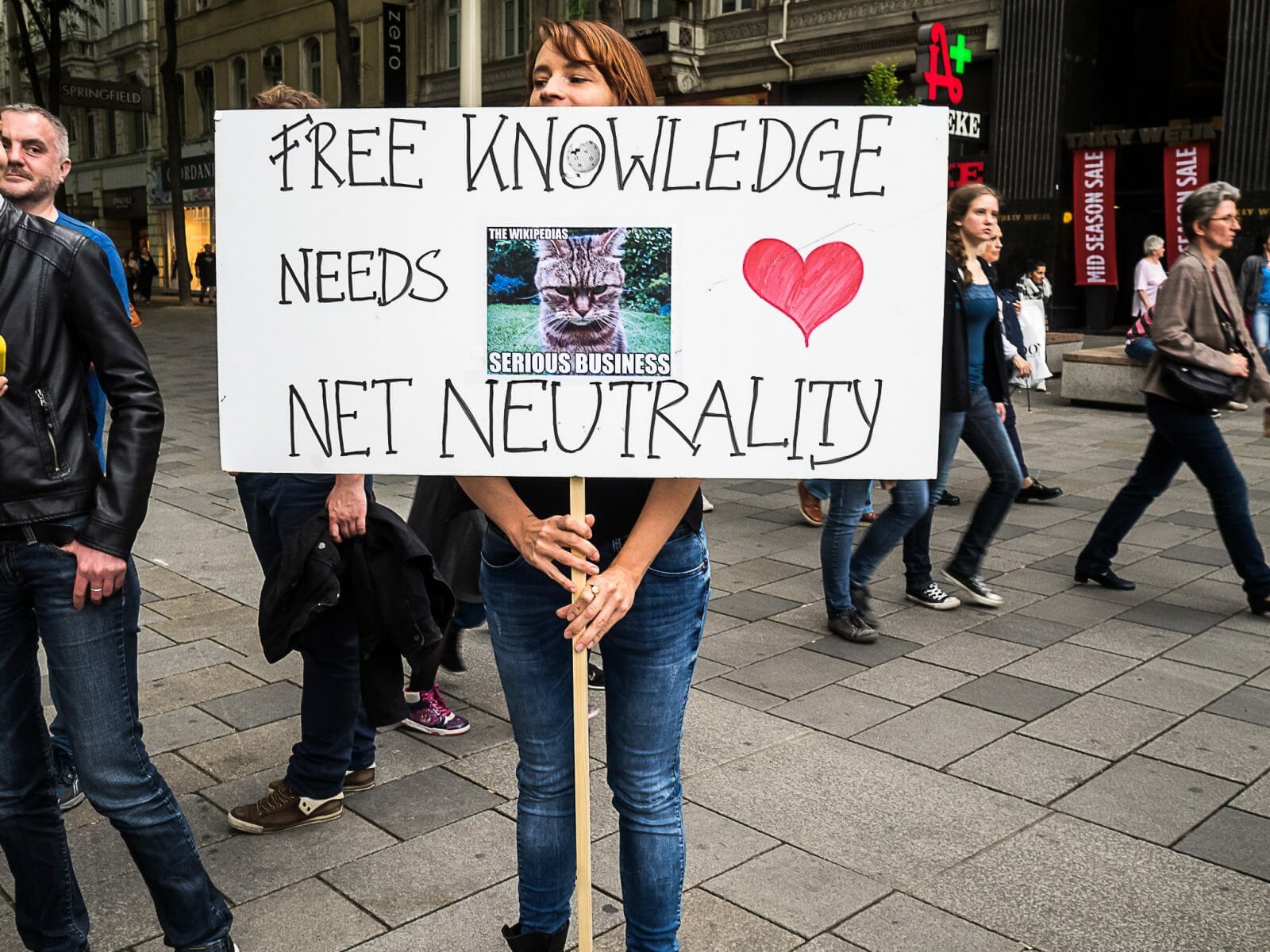 A protester at a 2016 rally in support of net neutrality. Source: Arbeitskreis Vorratsdaten, Flickr.

The Federal Communications Commission (FCC) voted in December of 2017 to dismantle the net neutrality policy it established in 2015 under the Obama administration. The core of the Net Neutrality policy was to reclassify Internet Service Providers (ISPs) as “common carriers” who are providing public telecommunications services like other utilities (electricity) instead of just being “information providers.” The distinction is important. If ISPs are common carriers, then they have to treat all content the same, no matter where it’s coming from. This means they can’t decide to make it more difficult to access or stream some content (slowing it down is called “throttling”) nor can they charge different prices to different customers for the same service.

There are a number of reasons why this dismantling of net neutrality is a disturbing development, some of which could have direct effects on eLearning in general. Here’s how net neutrality impacts eLearning, and why many eLearning professionals are concerned:

Imagine now that ISPs can charge customers different amounts depending on the kind of content they’re accessing. Imagine they’re allowed to throttle some content. The customers trying to access that kind of content are going to be negatively impacted. Those who favor dismantling net neutrality say that won’t happen because ISPs will not do anything to alienate paying customers. The counter-argument, of course, is that not all paying customers are created equal. If net neutrality goes away, carriers will be free to cater to their most lucrative customers, possibly at the expense of others. It seems obvious that society very much depends on open, unfettered access to the Internet. Anything less than that will surely wind up putting some people at a disadvantage.

Take Montana, for example. It’s a large rural state where there are many tiny schools that simply don’t have the resources to offer a wide range of learning opportunities. But eLearning has changed that, and the state has done a fantastic job at making sure people throughout the state can get connected. Without net neutrality, will Montana’s students still have unfettered access to the content they have come to depend upon? There’s no way to answer that question at present, but if net neutrality is done away with, providers who diminish that access to some content or for some customers won’t be doing anything illegal – and that strikes many as a gamble not worth taking. Let’s face it, in a head-to-head comparison of entertainment traffic versus educational traffic, which one do you think profit-hungry ISP companies are going to focus on?

Part of the repeal of net neutrality by the FCC includes a ban on states passing their own net neutrality laws. Needless to say, several states are already taking legislative action to protect net neutrality within their borders, even though doing so is in direct defiance of the FCC. The governors of both Montana and New York have signed legislation mandating that state agencies purchase their Internet access from companies adhering to net neutrality principles. Washington has gone a step further and passed its own net neutrality law. Another bill in California is currently making its way through several state committees.

Besides the issue of how providers could legally mess with access to content through streaming rates and/or cost differentials between different types of content, there’s the additional problem of basic access to the Internet itself. Some have made the point that, without net neutrality, ISPs won’t have as much incentive to keep investing in the improvement of infrastructure. They will still be able to make money by just increasing prices on the wealthy customers who can pay, but there will be no incentive to serve less wealthy customers, paving the way to legal “net discrimination.”

Where Net Neutrality Goes from Here

Although the FCC’s net neutrality vote took place in December 2017, the rules couldn’t take effect until being published in the Federal Register, which didn’t happen until February 22 as The Restoring Internet Freedom Order. The rules still aren’t in full effect yet, though, as the FCC has a few other bureaucratic hoops to jump through. But now that the new rules are “on the books,” the next phase of the battle over Internet deregulation is getting underway. Net neutrality supporters are looking to file lawsuits against the FCC’s ruling and have also been seeking Congressional support for a resolution to undo the FCC’s actions and restore the previous net neutrality rules. Lawsuits have now been filed by a number of companies, including Kickstarter, Foursquare, Etsy, Shutterstock, Expa, Automattic, Vimeo and Mozilla. For the most part, these are not top-shelf tech companies, which means they’re nervous about finding themselves “throttled” out of the market if ISPs cater to their larger competitors.

How dismantling net neutrality impacts eLearning remains to be seen. Those who believe that the repeal of net neutrality creates a slippery slope down which Internet providers are likely to slide in pursuit of profits (at the expense of those who most need unobstructed access to content) are working hard to block the FCC ruling. Whether or not they will succeed is something to which eLearning professional everywhere should be paying close attention. 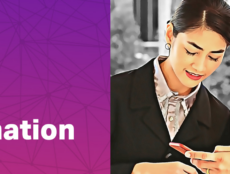